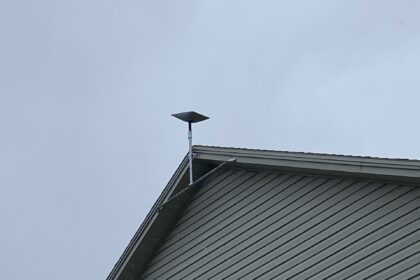 You’ve probably heard of Elon Musk and his company Tesla by now, but did you know that in addition to making cars they have also started a satellite internet company called Starlink.

We’ve been installing them for about the past year and have seen speeds ranging form 20 MBPS all the way up to 150 MBPS. That’s a wide gap for sure, but Starlink is just getting started. They have a lot more satellites to launch to get to the 10 GBPS goal, but as most of rural customers already know, even the 20 MBPS is a great improvement over existing satellite internet services. The two biggest advantages of Starlink are low latency and unlimited data. Latency is another measure of speed. A measure of the time the request is sent to the servers, and the time it takes to get back, and load in your web browser. You can sign up for Starlink here: https://www.starlink.com/.

What does it cost?

The basic kit comes in at $600 for just the equipment, and then is $110/ month for unlimited data.

You can see our costs to install here: https://frankton.net/product-category/services/starlink/

You can see examples of our installs here: https://frankton.net/photos-of-our-work/